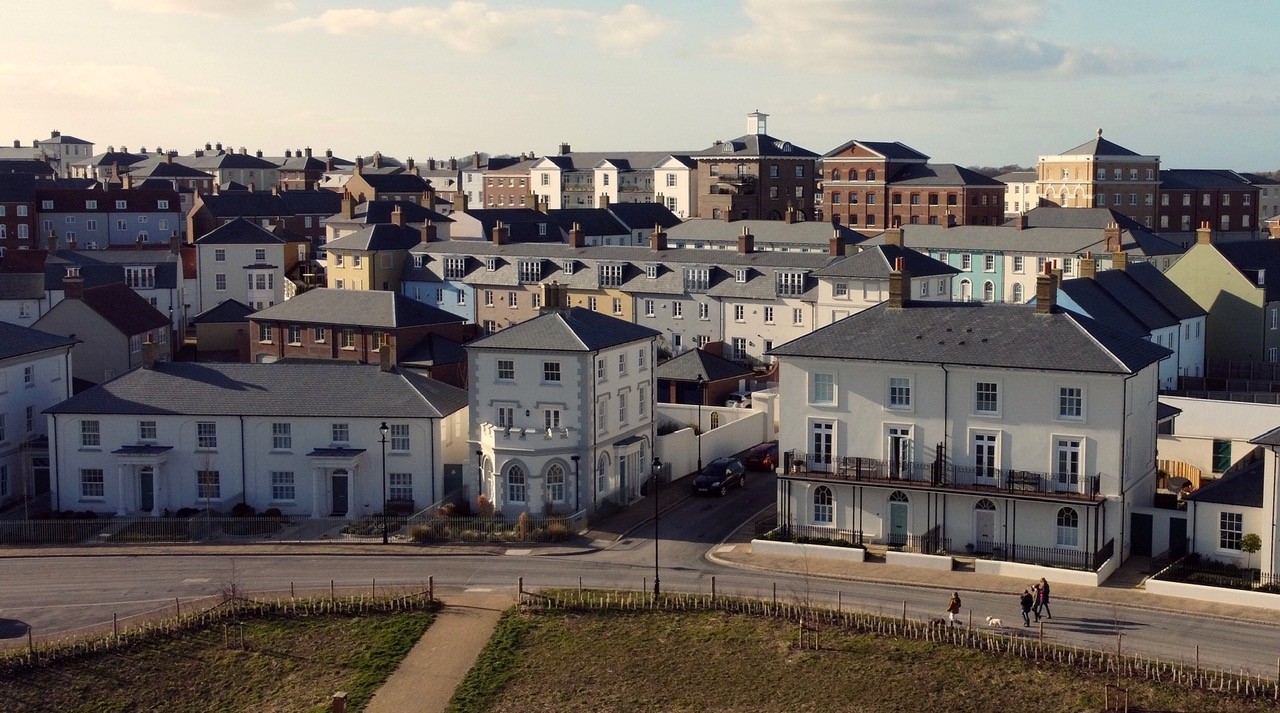 Poundbury praised for ‘visionary’ approach to reducing car use

Poundbury has been recognised in a new report for its ‘visionary’ approach to reducing car use by ensuring that residents can walk, cycle and use public transport to go about their daily lives.

‘Building Car Dependancy’, a report recently issued by the group Transport for New Homes, found that the vast majority of new greenfield housing developments in England continue to be designed around the car, resulting in increased congestion, carbon emissions and air pollution.

The report looked at 20 developments across England to measure the extent of ‘car dependency’. It concluded that only two, Poundbury and Derwenthorpe in York, had been designed with walkability in mind and these were ‘rare exceptions’.

The report states: “Large-scale greenfield housing usually ends up being almost completely car-based. There are exceptions to the rule but these are rare and require that the land owner and their partners building the development are strongly motivated to construct the place according to an entirely different model. Poundbury in Dorset and Derwenthorpe near York were in this more visionary category.

“This was because they had been designed around walkability and the needs of a local community from start to finish, without compromise. They were also well-positioned to allow residents to easily walk and cycle along overlooked streets to shops and services in their nearby town centres.”

From its inception Poundbury has been designed around people, not cars. By combining residential, retail and business uses with a range of public amenities and public transport options, many people are able to live and work without relying on the car.