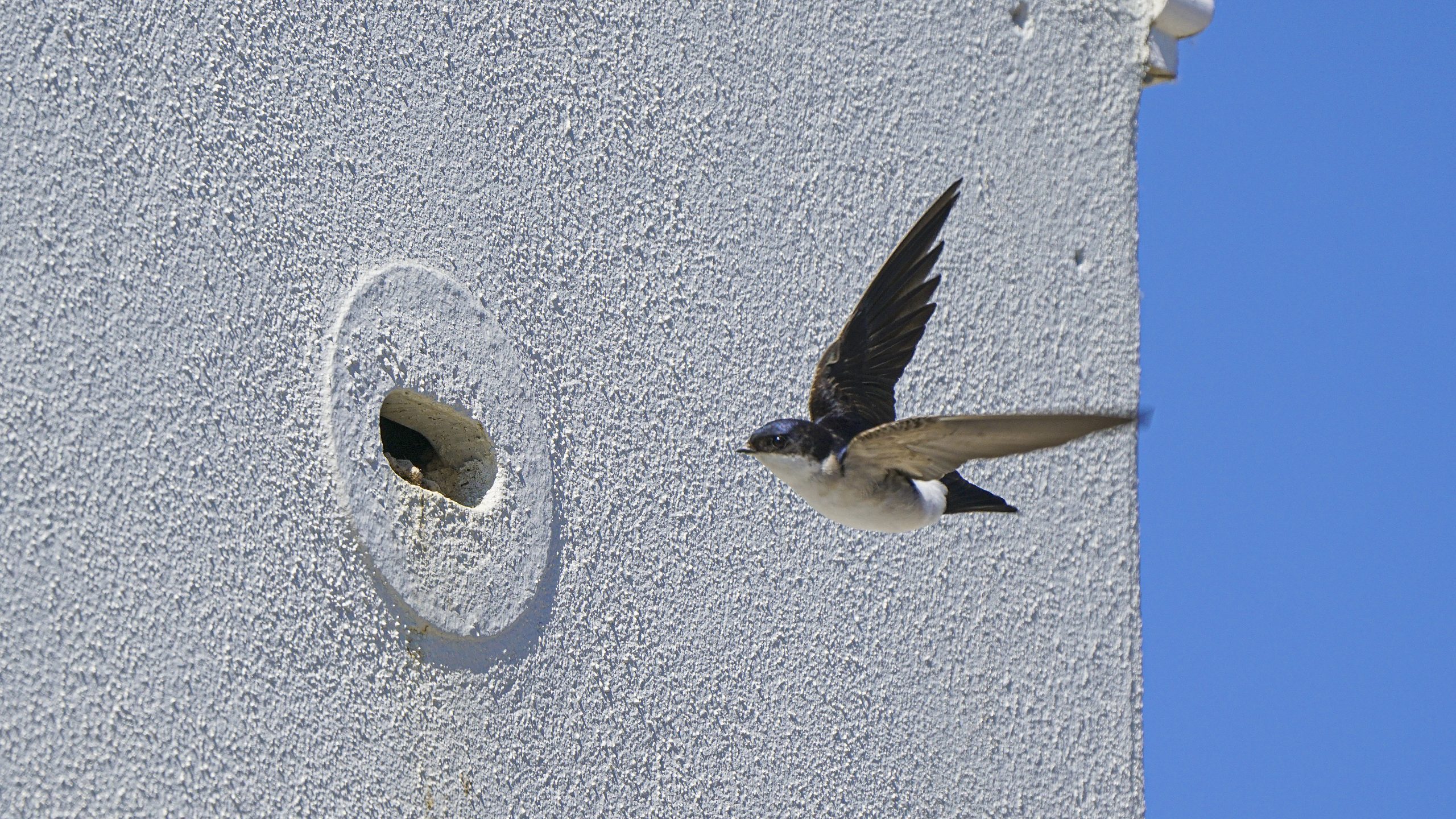 A Duchy of Cornwall project to encourage more wild birds to nest in its developments is proving a huge success.

Since 2015 the Duchy has been working with the RSPB to build ‘nest bricks’ into the walls of new homes and other buildings as part of a raft of measures encouraged by HRH The Duke of Cornwall to enhance wildlife across the Duchy’s estate.

An annual ‘citizen science’ survey across four Duchy developments has found there were 161 confirmed nests in 2021, which is a 37% increase on last year’s figure of 117. In total, 311 boxes showed some signs of use, up 6% on last year.

The most abundant species of birds were house sparrows with 89 nests and starlings with 47 nests, followed by house martins with 25 nests. All three species are on the UK Red List for birds which now includes 70 species and has doubled since it began in 1996.

For the last three years residents in four Duchy of Cornwall developments at Poundbury, Trevethow Riel in Truro, and Nansledan and Tregunnel Hill in Newquay, have been asked to monitor if nest boxes are being used, and by which birds, as part of The Big Duchy Bird Box Survey.

The total number of nest boxes installed by the Duchy across the four areas has increased from 383 in 2019 to 741 this year. The Duchy has committed to installing an average of one nest box per home built, including at its proposed new 2,500-home development at South East Faversham in Kent.

Dr Thaís Martins, an expert in zoology and avian biology, is working with residents and the Duchy to monitor the use of the bird boxes. She said: “The results of this year’s survey are hugely encouraging and show the boxes being used by a range of species, all of which have been in real decline in recent years. The Duchy is a national exemplar in the use of boxes and our aim is to see them become commonplace in all new developments.”

Stephen Fitt from the RSPB, who has working closely with the Duchy on the nest box project since its inception, said: “We’ve always sought to show that enhanced biodiversity is possible without significant outlay or disruption, and this project shows how effective integrated nest boxes can be. We’re starting to see the wider housebuilding industry adopt similar policies, and we are looking forward to the future publication of a British Standard for the design and installation of bird boxes that we hope will be adopted across the UK.”

Ben Murphy, Estate Director at the Duchy of Cornwall, said: “HRH The Duke of Cornwall actively encourages us to bring nature into our developments to enhance biodiversity, tackle species decline and reconnect communities with the natural world. With thanks to our joint initiative with the RSPB, Dr Thais Martins and vigilant residents we are able to confirm the number of boxes and the birds using them continues to grow year-on-year across the Duchy’s estate, and we hope to see other endangered species like swifts making use of them in the years to come.”

The Duchy includes a number of other habitat enhancements in its developments. These include the use of bee bricks, extensive planting of trees and shrubs, and the creation of community allotments, parks and natural open space. The Duchy is actively investigating other measures which could be introduced to increase biodiversity further.